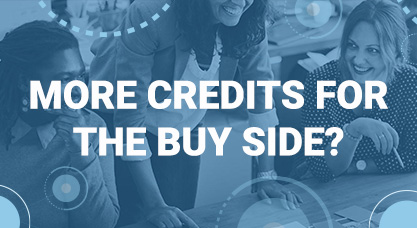 Banks are being hit with up to €5 million in CSDR penalties per month as settlement rates deteriorate, says expert, who points out that credits should be trickling down to the buy-side.

Penalties for the sell-side are racking up across Europe as settlement fail rates continue to rise, and one expert on the matter believes that as a result, the buy-side should be receiving more credits from these counterparties. Through the Settlement Discipline Regime – launched on 1 February – the organisation deemed to have caused a late match or a failed trade pays a penalty while the counterparty on the other side of the trade – the “wounded” party – receives that same penalty amount as a credit.

Pardeep Cassells, financial products at AccessFintech, believe that due to a lack of preparedness and the complexity of the regime, many buy-sides firms aren’t seeing all of the penalty data that relates to them, both in terms of credits and debits. The penalties range from 0.5 bps to 1 bps depending on the nature of the financial instrument involved and apply to securities which are either traded on an EEA exchange or cleared in an EEA central counterparty clearing house.

Cassells has noted a deterioration in settlement rates over the past six weeks in Europe which has seen banks landed with between €3-5 million in penalties related to CSDR rules per month. Subsequently, she believes that – logically – the buy-side should be receiving penalty credits “quite consistently”.

“CSDR, rather than introducing a punitive penalty regime where fines are paid directly to the regulator, launched a regime where the intention is to have the defaulting party ‘make good’ their trades with their counterparty,” Cassells explained. “So on the buy-side they are not seeing the amounts come back as credits. We’re not seeing prime’s passing to buy-side, but that money should be trickling down,” she said. “There should be buy-sides reaping the rewards from that.”

Now, five months into the Settlement Discipline Regime, we are getting a clear picture of the challenges and shaky start the regulation has incurred. Despite volumes not increasing noticeably – or spiking like they did in March 2020 – the industry has continued to face operational challenges in 2022, along with sanctions following the Russian invasion of Ukraine. Cassells also pointed to SSI discrepancies along with data and linkage issues, as weighing on settlement failures.

In a recent interview with The TRADE’s sister publication, Global Custodian, Matt Johnson, director in DTCC’s digital strategy and platform management, explained: “We saw some CSDs not being able to calculate penalties, different custodians taking different views of providing daily fail data to their participants, and having no real unified, standardised way of that settlement network providing trade status messaging.

AccessFintech, which tracks CSDR penalties flow through its network of tier one banks, buy-sides and 80 different custodians and prime brokers, said it saw $77 million in penalties during February and March as challenges were experienced from the outset. Since then, the rate of penalties has increased further, Cassells explained.

The bottom line, AccessFintech noted, is that companies are either suffering losses because they aren’t resourced to investigate properly or they’re becoming less operationally efficient because they’re moving resources from core operations into penalty reviews.

“We shouldn’t be seeing these rates increase. Organisations who are using our infrastructure have seen fail rates reduce by 40% by openly sharing data and our ability to bring together different sides of the trades,” Cassells concluded.