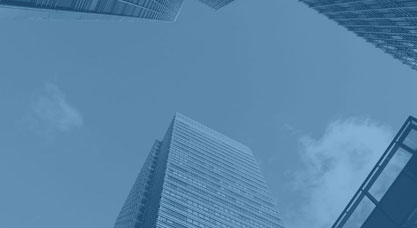 Jenna Lomax analyses why a fresh look at data services is needed in 2022 — following the recent “fat-finger” error of 2 May, as well as the 2020 debacle involving Citi and make-up giant Revlon

Modern securities markets started centuries ago, yet many of the biggest blunders (and near blunders) have happened in the last 10 years alone — due to the amount of money one single payment can send through, but also at the rapid rate in which payments can be sent consecutively.

The 2018 Samsung mistake saw an employee at South Korea’s Samsung Securities mistakenly allocate 2.8 billion shares to the company’s other employees, instead of giving them a dividend of 2.8 billion won as intended.

The cost of the mishap could have been as much as $100 billion, but only some shares were sold. However, the mistake still led to an investigation into Samsung Securities’ methods of trading.

Four years prior, in 2014, there were a series of accidental orders for shares in some of Asia’s largest corporations. Orders included a request for 1.9 billion shares in Toyota.

The requested trade, among others, was later found to be made by a single Japanese trader. If the trade had been accepted, and not just requested, the cost for this potential blunder could have cost an eye-watering $711 billion.

The above case studies all have the same commonality: they were all created by human mistake. Completely overcoming human error in fat-finger trades may be near-impossible, but minimising their occurrence can become a reality, agreed the industry experts who kindly contributed to this piece.

As CGI’s Schmidt outlines: “An error within the remit of payments can be massive, as the Citi/Revlon error indicated — the industry will never completely eradicate them, but it needs to protect against them and prevent them as often and as well as it can.”

Throwing automation into the mix came out on top as — if not an overarching cure — a sufficient treatment to the minimisation of fat-finger errors, contributors said. Another answer to overcoming fat-finger errors was outsourcing for both technology and data services.

“We are seeing the pendulum swing very much in the direction of outsourcing,” says Roy Saadon, CEO of AccessFintech. “The amount of data banks are required to handle is growing exponentially. It makes little sense for each bank to try and build its own data services in-house.”

When deciding what part of their data infrastructure to outsource, a bank or trader needs to distinguish between machine learning and artificial intelligence (AI), when incorporating their differing capabilities, especially into data services.

Put simplistically, machine learning can be implemented to notice an anomaly in relevant patterns of data, while AI can be used to put a warning in a trading platform to alert when a payment is likely to be too big or incorrect — something that Vincent Kilcoyne, executive vice president of product management at SmartStream, expands on.

“Everybody is claiming they have the right data and they are building AI models. While that is interesting, the exciting part is when you take those AI models, and you incorporate them into your control infrastructure,” he says. “If you do not do this, you will have instances like fat-finger crashes.”

“When you do incorporate them, the challenge is to have your data control infrastructure include AI models, which can then help you analyse errors before they potentially happen. You can use AI models to help you interrogate why warnings were not given before a potential fat-finger crash,” Kilcoyne adds.