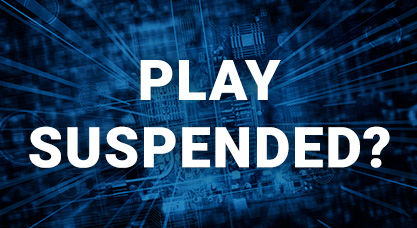 The implementation of the settlement discipline regime — or to be more exact the settlement failure penalty element of the regime — marks another essential stage in the evolution of the Central Securities Depositories Regulation (CSDR). Since its introduction in 2014 as part of the EU regulatory overhaul carried out in response to the global financial crisis, CSDR has become an accepted part of the financial industry’s plumbing and wiring, even if some of the acceptance has been grudging rather than overwhelmingly enthusiastic.

As Daniel Carpenter, head of regulation at Meritsoft, a Cognizant company, outlines: “CSDR was introduced to improve best practice in the industry. If you sell to me and fail to deliver, I will charge you interest, but if you are one of the big houses, I might decide not to. Under the new settlement discipline regime, if you fail to deliver you will be charged a penalty. You will be billed and the other party to the transaction will be credited with the proceeds. This removes the arbitrary nature of the previous approach.”

For the record, the revised regime imposes penalties for late matching and settlement, which will be payable by the defaulting party to the offended party, notes Pardeep Cassells, head of financial products at AccessFintech.

“Its success will be driven by how well the penalty regime will operate,” adds Paul Baybutt, UK-based senior product manager, global middle-office, for securities services at HSBC. “It will definitely do that if the cost of borrowing is lower than the cost of penalties; market participants will want to borrow stock in order to deliver on their commitments.”

The requirement for mandatory buy-ins, which were also scheduled to begin from 1 February, have now been postponed — they remain a dominant topic. The eventual timing of the arrival of mandatory buy-ins remains, in the best tradition of all outlooks, uncertain. Even the use of the word ‘postponement’ upsets some self-confessed pedants. At least one person spoken to in the underlying research for this article suggests that ‘cancellation’ might be a more appropriate and more accurate word to deploy. While we prepare to ponder that possibility, let us recall that the European Securities and Markets Authority (ESMA) released on 17 December 2021 what it described as a long-awaited public statement confirming the postponement of the mandatory buy-in component of CSDR.

The European securities market regulator indicated that it had sent a letter to the European Commission calling for an “urgent change” in CSDR to allow the application date of the buy-in regime to be postponed from its proposed 1 February 2022 implementation. Copies of this letter were also sent to the European Parliament and Council. ESMA said this highlighted the difficulties faced by market participants in adapting to implementation of the buy-in regime on this date. It noted that other elements of the CSDR settlement discipline regime, specifically the introduction of cash penalties and settlement fails reporting, would proceed on the 1 February 2022 live date as planned.

The co-legislators have now agreed to decouple the date of application for the buy-in regime from that for cash penalties and fails reporting. This will enable ESMA to establish draft technical standards proposing the delay of the buy-in component. With this development, ESMA indicates that it does not expect national competent authorities to prioritise supervisory actions relating to the CSDR buy-in regime — recognising a need to minimise costs to market participants involved in making changes to their systems and processes and then needing to revise these at a later date, in line with subsequent amendments to the buy-in regime. The industry has broadly welcomed the postponement, says HSBC’s Baybutt: “We simply did not have enough clarity, meaning mandatory buy-ins would have been a challenge. Some firms had a reason to want implementation now, others not.” One example that some in the industry identify as a shortcoming in the wording of the legislation is the lack of a definition of a buying agent.

Readers of a cynical mind might suggest that the EU’s much-vaunted attempts to level the legendary playing field have in fact littered this playing field with a proliferation of molehills, leaving even practised market participants scratching their head in something approaching complete and utter bewilderment. It certainly does not help matters that even before CSDR has been fully implemented, a revision of the regulations will begin in April in line with the refit methodology of adjusting and correcting. This will, however, be a lean review, suggests Ilse Peeters, head of regulatory affairs at Euroclear. “Some of the rules were arguably inadequate to begin with as they created unhelpful barriers, so there seems to be broad agreement on the need to change them,” she says.

Some countries lag behind others in transposing EU directives into their national law. “To harmonise implementation you need full harmonisation of CSDs and I advise all newcomers to this sector that one quality they will need in abundance is patience, with a capital P,” says Peeters. “The good news is, though, that many of the Giovannini barriers to harmonisation have been dealt with, and while we do not have the power to change national laws, CSDs have in fact already gone a long way towards harmonisation,” she adds.

Amid the confusion, claim and counter-claim, no necks are being stuck out in terms of predicting the likely timing of mandatory buy-in implementation. “If the planned review of CSDR begins in April, it will likely take quite a bit of time before agreement is reached,” observes Euroclear’s Peeters.

In the meantime, the market is increasingly ready to cope with the new demands being imposed upon it. “The middle-office is ready for penalties, thanks to greater clarity in this area,” says HSBC’s Baybutt. “We are in a far better place in this regard and have the means to capture and report data.”

Though AccessFintech’s Cassells says, that concerns persist about the communication of data which is provided by CSDs. “We have seen duplication and straightforward miscalculation,” she comments.“There is a lack of consistency and clarity at global custodians and prime brokers on how they will communicate underlying information to their clients. Once penalties become a reality and start hitting home, we will see a change in focus and a flurry of activity as organisations put mechanisms in place to help manage the process.”

An unspoken additional message is that companies affected do not necessarily have to build their own in-house solutions, or do manual processing. They all have the option of turning to an external provider to gain access to the required technology.

The state of readiness is partly dictated by size, Meritsoft’s Carpenter comments. “Three years or so ago, we spoke to a number of the bigger players in the industry about the options available. Some have opted to look after their own requirements, others have decided to outsource the work to us. An audience poll in November 2021 during the All Settled for CSDR panel discussion (organised by Asset Servicing Times’ sister magazine Securities Finance Times) showed that only 15 per cent of those polled believed the market would be ready. Some said that it did not affect them, and small players might eventually decide to tend to the process manually.”